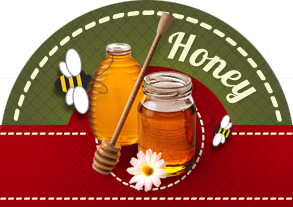 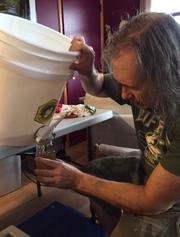 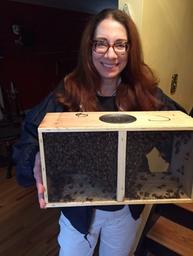 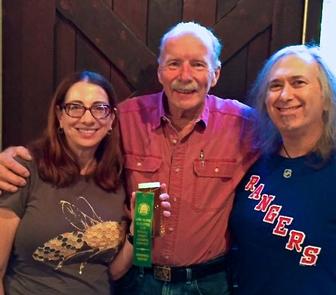 It is estimated that one third of the food we eat is in some way related to honey bee pollination. That includes apples, pears, cherries, melons, cucumbers, alfalfa, onions, almonds, and berries. In recent years, the honey bee population is in sharp decline.  In fact, a national survey by the USDA found that beekeepers lost 44% of their colonies between April 2015 and April 2016 alone!  That, of course, was before aerial pesticide spraying for zika poisoned millions of bees in South Carolina in September 2016. What could we do?

We became interested in beekeeping in 2015, and we wondered if it was something that, realistically, we could do.  A free beekeeping workshop at Sands Point Preserve was the first time we handled hives and bees.  We were nervous at first, but it became obvious very soon that honey bees are not interested in humans.  They're too busy foraging, caring for their Queen and brood, building wax comb, and making honey. In short, they're just not that into us.  We attended the honey harvest workshop at Sands Point, too.

We joined the Long Island Beekeepers Club, attended meetings, and read beekeeping books.  We watched beekeeping videos. We attended the 2015 and 2016 annual Greater New York Beekeeping Conferences.  We planted bee-friendly flowers and a tree.  We learned what it involved:  set up a hive, purchase and hive the bees, feed them, inspect the hive every couple of weeks in summer, watch for disease, keep really good records, harvest the honey, and set them up to survive the winter.  In other words, "Hey!  This is a great hobby for lazy people!  We can do this!"  And we took the plunge!

We set up our hive in April 2016.  We met a lot of great people, beekeepers from Long Island and all over the United States.  The whole experience has been educational, a lot of fun, and surprisingly productive. The Ladies provided us with an abundant supply of honey.  We've had an amazing season.

Why do we keep bees? 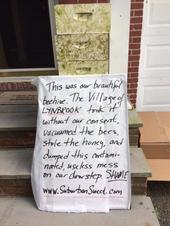